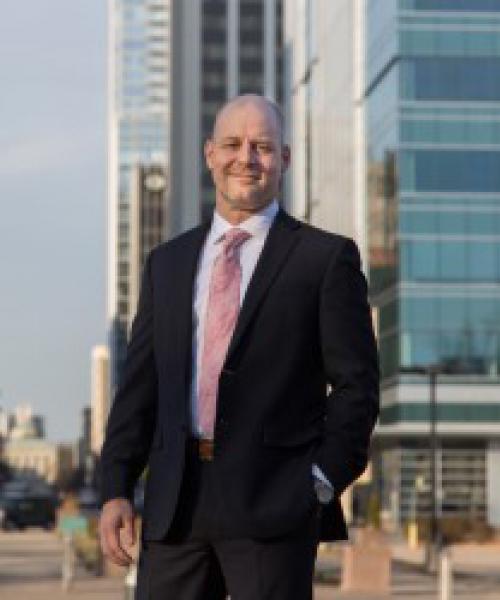 In 1992 Brannon earned a degree in Business Administration from Barton College (formerly known as Atlantic Christian College).  After graduation he moved to the Triangle for his first professional job with no plans to pursue a graduate degree.  After discovering his passion for helping clients at the beginning of his financial services career, Brannon felt the need to continue his education in order to be the expert his clients needed and deserved.  While working full time as a financial advisor Brannon attended Campbell University.  In 2004 he earned a Master’s of Trust & Investment Management.  During that time, he also attended the Southeastern Trust School held annually by Campbell University.

After receiving his graduate degree Brannon quickly completed the requirements to become a Certified Financial Planner™ in 2005.  As a CFP® he has committed himself to making a difference in each of his client’s lives by adhering to the highest educational and ethical standards put forth by the CFP Board.

In 2014 Brannon realized that client’s needs were changing and the industry failed to take notice.  No longer was it sufficient to simply manage a client’s investments and talk about the markets.  To be the expert his clients needed as they approach retirement he earned his certification from the Corporation for Social Security Claiming Strategies.  As a CSCCS® designation holder, Brannon acquired the expertise needed to create sustainable retirement income strategies.  By understanding the complexities of Social Security claiming rules, he realizes the broader impact those decisions can have on his client’s retirement.

Brannon began his career in 2001 amid one of the worst market crashes in history.  He spent his first three years with American Express Financial Advisors.  There he learned the basics of constructing a financial plan for clients and how to put together a step by step process to help them realize their goals.

In 2004 Brannon made the transition to Merrill Lynch where he would learn a completely different side of the financial industry.  Unlike American Express Financial Advisors where insurance products were the main focus, Merrill Lynch was a more traditional wire house.  During his 3 ½ years there he became adept at constructing investment portfolios for clients that aligned with their specific needs.  In addition to serving his clients, Brannon acted as the mutual fund coordinator for the local office and POA coach for new advisors.

In 2008 Brannon moved to discount broker TD Ameritrade in Cary, NC.  During his almost seven years with TDA Brannon experienced yet another side of the financial industry.  As an Investment Consultant he assisted clients wanting to learn how to trade on their own and advised them on their retirement assets.  While there he earned several President’s Club honors and was selected to the first Amerivest Advisory Council as one of the top 15 proponents of the Amerivest investment solutions in the country.

The industry changed quite a bit during those first 13+ years.  The internet provided us with instant access to our investments 24 hours a day and automated investment programs were taking hold.  Investment advice became commoditized and everyone wanted to be a trader.  The most devastating change though was to the client/advisor relationship.  Brannon witnessed a shift away from client centric business models to a sales-first culture that put quotas and proprietary products before clients.  After many conversations with family and friends it became clear.  The best way he could continue to do what he loved and help clients was to break free from that culture.  In January of 2015 he did just that and Canvasback Wealth Management was formed.

Though originally from West Virginia, Brannon has lived in the Triangle for more than 20 years.  He now lives in south Raleigh with his wife Marissa and seven-year-old daughter Jerri.  Often you can find Marissa talking with guests during one of the many seminars he hosts during the year.  They attend Edenton Street United Methodist Church.  On weekends you may find Brannon and his daughter attending a Y-Guides event or hiking in one of North Carolina’s beautiful state parks.  He also enjoys traveling back to West Virginia a few times a year to trout fish and camp with his wife.  When they both have time he and Marissa like to play golf or head to the Outer Banks.